Annoyed With The World

Been one of those days/ moments where I discover I am annoyed with the world. I don't recall this happening when I was younger, but maybe it did. Can't remember and don't know if I should care.

Maybe it is lack of sleep or something else irking me, but whatever the driving force is I am tired of it.

I suppose the positive part of that is it makes it easy to focus on getting stuff done. If you are looking for more substantive posts to read try here.

Some Rules For Life

I remember a day from a time not so far past. I was walking down 42nd Street towards Times Square. It was the middle of July and the day was relatively warm. For a kid from L.A. the heat wouldn't have been noticeable but I was dressed in a suit and carrying a laptop. There was business to conduct.The sky was blue and relatively free of clouds. The usual noises of the city surrounded me. Cars, taxis, buses and people all moving in every direction, semi organized chaos. I was lost in thought about someone who had offered to pepper my pike. I'll let you wonder what that means, it doesn't really matter.As I walked someone stopped me on the street to ask directions. I laughed and told them that I was just another tourist wandering the streets. She looked at me and said that I looked so intent she assumed that I knew exactly where I was going and that I had to be a native. I smiled and told her that home was across the country and that I could answer any questions she might have about L.A.Can't tell you what happened after that, I just don't remember. What I do remember was feeling like life was about to change, and I was right because my life did change.Six years later I am standing outside of my house. Beneath blue skies peppered with clouds a boy with my hands is attempting to push me. For almost ten minutes he has tried every trick he can think of to cause me to give ground. I haven't told him, but these moments are getting harder for me.He has grown bigger and stronger. More importantly he has grown more confident in himself and he knows that if he keeps trying he will eventually succeed. He knows this because I have drilled it into his head. Persevere, persist, keep trying, keep searching for the thing that works and you'll find a way. Practice, practice, practice and it gets easier.I want him to win. I want him to beat me at this game and I hate the idea that one day he might. I don't let him beat me at everything. I don't let him win all the time. I want him to lose so that he learns how to deal with it. I want to force him to think about different ways of approaching the situation so that he might come up with a solution.My feet are burning. The driveway is hot and I am beginning to notice the flames dancing from between my toes. Another moment and I am going to have to decide whether to let him win or if I should scoop him up like a sack of potatoes and go running.Ego wins and he ends up thrown over my shoulder, but it takes a moment to get him up there. He has anticipated this move and attempted to counter it. For the moment size and strength are things that he can't compensate for and I win.Laughing I launch us up the road at a sprint. A short time later I am hunched over, his old man is huffing and puffing a bit. Sprawled on the lawn we share a cold drink and talk. He wants to know what sort of rules for life there are. That is not exactly the question he asks, but it is close enough.I tell him that the rules are simple. Try to be a good person and do what you can to be happy. He tells me that he wants more details and I smile and say that the rest is commentary. He doesn't catch the reference but he understands the part about happiness.We talk more and share a few secrets. A moment later we are lying on our back staring at the sky and my mind wanders off. Within the last ten years or so I have stared at that same blue sky in Jerusalem, Toronto, London, New York, Chicago, Dallas and LA. And in each of those cities I have made a point of looking up at the night filled sky too.Changes are coming. I feel it. Those moonlit nights and clear blue skies spoke to me. I think that I have known about these changes for a long time. Can't say exactly what is going to happen or how, I just know that change is coming and this time I think that I just might be ready for it.Those rules for life I gave work when you let them, so that is what I am trying to do. Don't know if that makes much sense to anyone, but that's ok with me.

Why not read one of these or these:

A Gaggle Of Girls

Got a gaggle of girls in the house today for the never ending slumber party. Taking a quick moment of quiet to type these words before we head to the pool.

Love seeing my daughter smile and having such a good time but I don't know how much I'll love it if they don't go to sleep at a relatively decent hour.

As per my custom here are other posts to read:

Andrew Sullivan's post about Israel made me wonder what sort of reality he lives in. It is inaccurate, misinformed, misguided and wrong.

Not to mention it is misleading and a mischaracterization of what is really happening. I suppose I should mention that the people he talks about in such loving terms, Hamas would kill or beat him for being gay.

Sadly that is the kind of thinking that can lead to your getting a boot in the behind and a shank in the ribs.

Add a group of other people to those who need a reality check. If you keep telling us that you can criticize Israel and not be antisemitic you need to be certain that your protest isn't filled with antisemitic signs that suggest Hitler was right or chant Death To Jews.

That brings to mind the lovely protesters in France who attacked a synagogue. They aren't the only protest that turned violent.

In the past people have accused me of being barbaric for suggesting that such non violence should be met with the kind of love that puts you in a hospital but I believe sometimes it is necessary.

It reminds me of this moronic concept of disproportionate response. You can't walk up to someone and poke them in the eye and then cry if they hit you five times.

You can't kick someone and scream when they shoot you because they were sitting quietly and you assaulted them.

Yeah someone will come here and try to tell me how the analogy is wrong and that it is out of context. Well let's put it in these terms when the majority of your movement ignores the murder and chaos of Syria and points its fingers repeatedly at one country I don't pay attention to your claim of having the moral high ground.
at July 15, 2014 No comments: 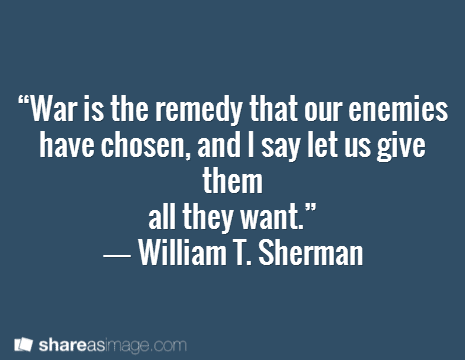 Lately there has been an inordinate amount of spam attacking my blogs. I wonder how these spammers would feel if I shoved a rake up their behind, metal end first, and called it a thank you for the spam.