This is a piece of fiction for The Red Dress Club based upon the following prompt: This week, Carrie asked you to write flash fiction - 300 words maximum - inspired by the word "Life."

“I try to be the guy I want to be when I am with her,
but it doesn't work.

We ran our course,
sailed the sea and saw the things that we could,

and now two ships sail where one should be”

Several decades ago the sailor thought that he had tired of chasing the siren song of the sea and settled for a life other than he had planned. Wind and waves gave way to a land locked life that appeared to be all that he needed.

Time passed and he began to hear the whispers of his former mistress calling out to him. For a long while he fought the sweet sounds of the sailor’s life and forced himself to focus upon the life that he was living.


And then one day the sounds of the sea slipped their bonds and surged from his subconscious into daylight. The fiction that he had created was swept away and the veil upon his eyes lifted and the sailor knew that a change was coming.

But years of slumber had shorn of him of the keen edge that he had used to sail safely through the stormy waters of his past. For a long while fear of the future and what could happen kept him from doing what needed to be done.

Eventually it became clear that he could only hide for so long and he began to prepare for what must come. So he set out to climb the hill that had become his sanctuary upon land and for a time sought succor there. 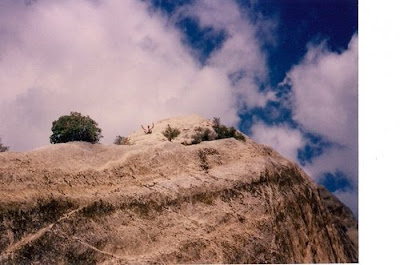 And then when he could no longer ignore the cries of life and the sweet siren song the sea sung for him he climbed down. The storm was upon him and the time for action had come.

If you are interested in reading past submissions for The Red Dress Club you can look at the links below. Most are located upon my primary blog TheJackB. Periodically I have a need to post here so...

Email ThisBlogThis!Share to TwitterShare to FacebookShare to Pinterest
Labels: The Red Dress Club