Who Would You Rather Be? 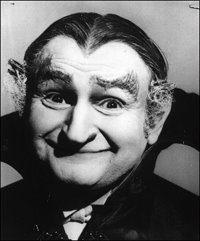 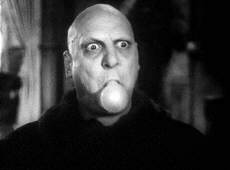 Jack, that is an amazingly profound question...I am in awe of you for coming up with that...I can't decide though. Uncle Fester was kinda dumb and lovable. Grandpa sweet, loving, and a little more cunning if I remember correctly. This is a conundrum.

Although I would rather be a member of the Addams Family than the Munsters, I would not want to be Fester, who is the dumbest Addams.

That said if the choice had included Gomez Addams then I would be there.

But Grandapa Munster is the least offensive Munsters even though he was a total F-Up. I am so conflicted.

So My answer is neither.

I WANT TO BE GOMEZ. Why? Morticia was HOT.

Here at the Shack we ask all types of questions, hard, easy and profound.

Which Darren, new or old?

But Fester did have the whole lightbulb thing.

So would a similar question be Jeanie or Ginger?

The horror. After a particularly bad day at the hairdresser in my youth I arrived at work to the chant of here's Eddie.
Eddie the munster.

My niece and nephew call me Uncle Festy/Fester, as my sister informed them I had driven interstate to see them and collapsed asleep without a shower and happened to have a similar hairstyle.

Which one? I like Grandpa Munster's cunning but if you asked my family it would be Uncle Fester.

Fair enough and yes, it is kind of a Jeanie or Ginger question.

Kids can be cruel.

— exactly! I would choose to be Fester, in a heartbeat!

Now, if the alternative had been Lurch, then it would have been harder to choose.