The Remodeling Of A Kitchen

"It was twenty years ago today,
Sgt. Pepper taught the band to play
They've been going in and out of style
But they're guaranteed to raise a smile.
So may I introduce to you
The act you've known for all these years,
Sgt. Pepper's Lonely Hearts Club Band."
See, if I was really creative I would have written a song about remodeling the kitchen and what the past five weeks have been like to the tune of the song above. Instead I'll take you from before to after. 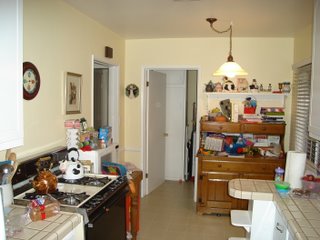 It began as a small kitchen which didn't make effective use of the space. 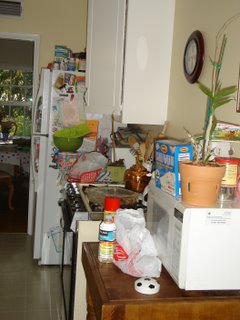 Crowded and chock full of too many items the clutter was unbearable. So we gutted it . 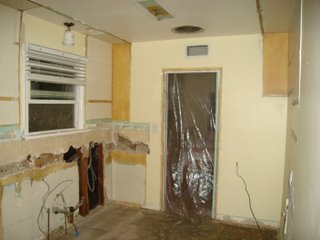 and began to rebuild. Slowly it took shape and developed a form that looked like something functional. 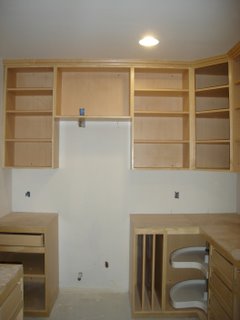 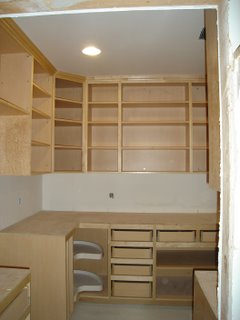 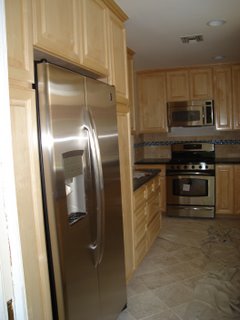 Gradually the missing pieces were added and in a short time the new kitchen materialized. 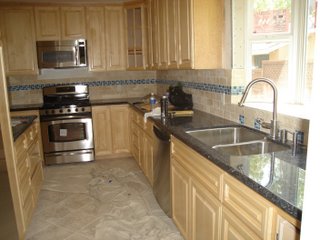 I can't begin to express how happy I am that I am not stuck eating out anymore and have my own kitchen again.
at July 30, 2006

Use it well and enjoy :)

I KNOW that feeling! It's beautiful!!!!

It's gorgeous! And it probably didn't seem like it since you were living through the mess and inconvenience, but (as another renovations sufferer) that was incredibly fast!

Ooh - gorgeous kitchen! Do you want to come out here and convince Meshugganah Daddy that we need to do the same? Use in in the best of health!

that nust have cost a ton of money

have popcorn will lurk said...

Did you leave a little corner unpainted? :)

Ooh, me likey! Especially those stainless-steel appliances. You've (or your wife) got great taste!

Jack...gorgeous...I guess that means you have to do some meeeaaan cooking now, right?

It was fast, but at times challenging.

Sure, I'll be on the next flight.

I don't know. What is a lot of money.